It is the goal of the Starke County Sheriff’s Office to provide the most efficient and effective law enforcement service to the citizens of Starke County. To increase the safety of our community, we have established multiple ways for you to furnish information anonymously regarding criminal or suspicious activity.

Starke County is a wonderful place to live, work, relax and raise a family. Working together, we will keep it safe for everyone. 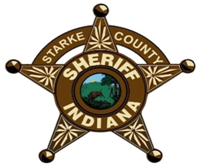